On October 22, 2009 I almost died five days before my 27th Birthday. I found myself in the ER unable to breath with unbearable chest pain. A CT scan revealed a clot the size of a ten cent gum ball lodged in the valve that connects my left lung to my heart. My oxygen level was below 50%, my heart was in sinus tachycardia and I was fighting for my life. To make matters worse my blood pressure kept rising and suddenly I lost my words, the staff sprung into action, TPA was administered and my life was saved. I had survived a massive pulmonary embolism with infection and a stroke due to the third generation progesterone in my birth control, the Nuvaring.

At 26 Stroke wasn’t on my radar and until that day I had no clue what a pulmonary embolism was. Strokes happened to old people not young professionals. That day taught me that strokes can happen at any age and your risk is higher if you are taking hormonal contraceptives. My OBGYN never once mentioned that my birth control could possibly kill me, she just wrote the script, shoved it in my hand and went on her merry way.

I could have spent the past almost nine years in hiding. As in not telling a soul I had a stroke because well on the outside I look perfectly normal. I was lucky, I got the clot busters in time and I walked away unscathed. Many of my survivor counterparts are not so lucky, they have physical and mental impairments. Impairments that could have been prevented if they had received treatment in time. This haunts me, some days I wonder why I was the lucky one and on other days I say “why not me!?”

This life I lead is borrowed. I wish I could say it was perfect, but it’s not. I am living a perfectly imperfect life. This second chance is mine and mine alone to live. I made the choice to live my Stroke out loud. My story and willingness to fight this battle has landed me on billboards, fashion shows, tv commercials, news paper articles, magazine articles, and in DC. Oh the places your stroke will take you. Even I have to pause for a moment and think “holy shit AJ you’ve like made a difference!” A difference I have made, because what happened to me is 100% preventable.

That’s right what happened to me was 100% preventable. I had gone to the doctor a week prior with symptoms of a blood clot in my leg. The doctor told me to “drink more water and walk more.” One week later to the day I found myself in the ER fighting for my life. If only my doctor had listened to me. All the doctor had to do was order a d-dimer test. If that test had been ordered the doctor would have caught the blood clot before it found its way to my lung and brain. It’s been almost nine years and that still gets me the most, that this, pulmonary embolism and stroke of mine was 100% preventable. 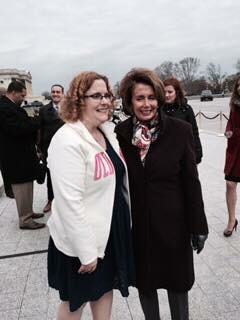 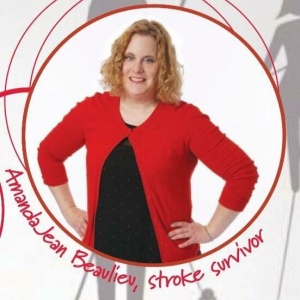 AmandaJean is a thriving pulmonary embolism & stroke survivor, passionate Paralegal, Advocate, and Blogger who believes she can change the world one person at a time. She is obsessed with the Law, beauty subscription boxes, collecting costume jewelry, visiting flea markets, Ruby Red Squirt and Candy Corn. World Traveler. Serial Volunteer. Lover of Frank Lloyd Wright, Heart Healthy Living, and good wine. Mama to a Muppet like dog. Aunt to @HalfPintNinja
View all posts by NinjaInTheCity »
« {Life Lessons} Photo of Happiness
{Infertile Me} With shattered HOPE »