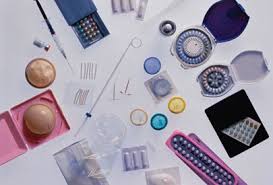 All we are hearing about is the positive stories. About how birth control has revolutionized and changed the lives of women. What about the other side of the coin? Is it really as great as they claim? Is it really a miracle pill? An article published in Women’s Health magazine states that there are 7 benefits besides the obvious. http://www.womenshealthmag.com/health/birth-control-benefits I was first put on the pill in the spring of 2005 to regulate my monthly cycle. I had suffered years of (sorry over share) heavy bleeding and extremely short periods. The hormones in the pill didn’t seem to help and the doctor suggested that I try the Ortho Evra patch, I was in love and it worked. It worked so well that I used the patch from August 2005 to December of 2008. The bad part about the patch was that it hurt like hell when you pulled it off and it left glue residue behind. Which I racked up as minor annoyances and focused on the benefits.

The benefit was that the patch made my pre-menopausal body into the body of a normal 20 something. In December 2008 I got brave and asked about the Nuva ring, since I was planning on having kids within the next 3 years the doctor thought it would be a great option. So I gave it a whirl and for the most part it did its job. Up until October 2009 I was a believer, I thought the Nuva Ring was a gift from the heavens, until the moment I found myself standing at death’s door.

On October 22, 2009 the Nuva Ring almost took my life. I was admitted to the ER with an oxygen level of 40% and my heart was in sinus tachycardia, I was fading fast and the ER dr paused and asked “are you on birth control?” I said yes and he ordered a d-dime test which lead to a CT scan that revealed the massive blood clot that was stuck in the main valve leading from my left long to my heart and the lower half of my left lung had collapsed. As soon as the clot was found the life saving efforts began, I ended up having a stroke right in the ER, it’s probably the best place to be if you are having a stroke. I was only 26 and this, this whole thing happened 5 days before my 27th birthday. I spent more days in the hospital than I care to count and it took me 1 year to recover fully. My life became a cycle of lovenox injections, INR checks, pulmonology visits, CT scan, blood tests, therapy, and a mountain of medical debt. On the bright side I got pregnant 6 months after my PE/Stroke, it wasn’t ideal and I was considered a very high risk, sadly that joy was short-lived and my son left this world before his feet even touched the ground. After his death I learned that he will be the one and only child I will carry.

It took me even longer to come to terms with the fact I will never be able to have a child of my own. I spent thousands of dollars on 2nd, 3rd, 4th and 5th opinions, at the end of the day the facts were still the same. I made a choice, I put faith in our government and I believed that I was doing the best thing for my health, in the end my hormonal contraceptive took my health and left me infertile. My body no longer makes the hormones it so desperately needs and because of the blood clot I can never be on hormonal contraceptives of hormone therapy again. Nuva Ring took my ability to carry a child away from me and for that I will no longer be able to say that birth control revolutionized woman’s health.

Recent studies have shown that todays birth control pills may double a woman’s risk of blood clots, pulmonary embolism, and strokes. According to a WebMD article published in October 2011,

Being on the newest kinds of pills, which contain the progestin hormones drospirenone, desogestrel, or gestodene along with estrogen, doubled the risk again, making it six to seven times as high as women who weren’t using hormonal forms of birth control. Still, on average, about 10 out of 10,000 women taking newer kinds of birth control pills had venous thromboembolism in a year’s time. Although that’s a serious increase, it is still only half as high as the risk of blood clots seen in women who are pregnant or who have recently had a baby.

Per drugwatch.com, third and fourth-generation progestin have been linked to increased risk of deep vein thrombosis (DVT) (blood clots) and pulmonary embolism (PE) (blood clots in the lungs). In addition, the risk of heart attack and stroke is also increased. These complications can lead to death. Other popular contraceptives like Orthra Evra and Yaz/Yasmin also have been associated with blood clot risks. Yaz/Yasmin, which uses a fourth-generation progestin, has been associated with a 74 percent increase of developing blood clots.

Whoa that’s some really great information and is truly something women should know about. Over the past 5 years I have crisscrossed the country speaking to and meeting a lot of awesome ladies. Many have told me that they never knew their birth control carried a risk of blood clots and even in rare cases death. It hurts my soul that women do not know about the risk of blood clots, I too was blinded and had no clue that my birth control could cause blood clots, that was until I saw the fluorescent lights of the ER bay. In that sheer moment of disaster my passion was born, my mission became clear and I set out to take on the world. I lawyered up and found my voice.

My life will never be the same again. I no longer dream of looking at my own flesh and blood. Instead I dream of my “gotcha day” and know that somewhere in Asia there is a child waiting for me, somehow that makes this whole situation all right.

I ask you to do only one thing, the next time you insert the ring, pop the pill, or pony up for the shot, think of me and all of my survivor sisters. Just maybe in that moment you will remember to ask your doctor “so what are my risks, you know of possibly developing a blood clot?