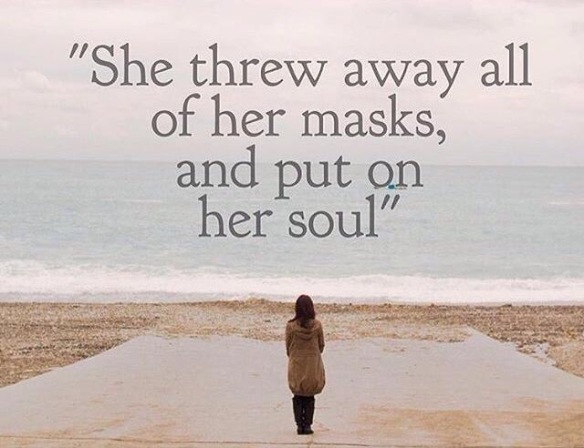 Thursday April 1, 2010 started out like a normal day. Until I checked in at the INR clinic it didn’t even dawn on me that it was April Fools’ Day. The nurses asked me if I had played any jokes yet, I said “nope I forgot it was April 1st.” They laughed. The nurses and I have gotten to know each other pretty darn well. They’ve seen my bright shiny face three times a week since October 2009. I knew the routine by heart. Prick my finger, push blood on to the card, stick card into the machine, go talk to the nurse. Nurse checks blood pressure and pulse, asks “do you have any bruises or cuts?” Questions I always said no to.

The other nurse came into the office with an excited yet very concerned look on her face, my INR level was far above the therapeutic range. They explained that I could have a possible internal bleed or worse a clot. The on call doctor said I needed a CT scan and that I should head to the hospital. With those words they called ahead and let me go. I didn’t have to wait long at the hospital and soon I was peeing in a cup for the obligatory pregnancy test and urine screen. I waited for what seemed like forever, but really it was like 20 minutes. I could hear the doctors talking and the nurses saying oh wow that’s exciting. Not knowing the exciting thing was in store for me.

Soon the doctor appeared and told me “we are not doing a CT today, we are going to get an ultrasound instead. We probably won’t see anything as you are most likely early. It’s still fun to check.” None of this registered in my head, not one word, I let it breeze by and hopped up on the exam table. The ultrasound tech apologized for the cold gel and she began her scan. The doctor was again saying “she’s early, we won’t see………whoa she’s farther along……! Did you know you were pregnant!?” Still the words didn’t sink in, I looked at him shocked “what do you mean I’m pregnant.” He turns the monitor around and there it was, a baby on the screen. I looked at them both and said “ha ha April fools’, right!?” They laughed and said “no Hun, this is real.”

One ultrasound sent my world into a tizzy. You see if you are on warfarin sodium it’s not recommended that you become pregnant as the medication could cause damage to the developing fetus or worse internal bleeding. I was quickly switched from warfarin to lovenox and taken off a couple of medications. Everything happened so fast and we were constantly told “you are not out of the woods yet. Because of the warfarin sodium use, your son could be born with birth defects and be lovenox dependent. My heart hurt knowing this, knowing that a medication meant to save me could hurt my child. If only I had known that I was pregnant I could have stopped the warfarin sooner and switched to the baby safe lovenox.

Lucia’s heart was strong and he was measuring as he should. Things started looking up and I allowed myself to become hopeful for the life within me. He was a warrior just like his mama and together we were going to thrive and survive. Tortoise and the Hare was my nursery theme, a traveler bob was purchased and maternity clothes became my new jam. I was one of those lucky ladies who showed right away. People though I was further along that I was. I was glowing and so very happy. Lucia was the calm to my storm, proof that good still exists in this world and I was counting down the days until we said hello.

Lucia was never meant to be mine. On Tuesday May 11, 2010 I heard the words no woman wants to hear “I’m sorry, there is no longer a heart beat.” My baby was gone. The wind was sucked out of my sails and I was broken. This wasn’t suppose to happen, not to me, I had survived the unthinkable, Lucia was to be my calm after the storm. I was angry with God, broken and sad. Scott was in Las Vegas, I called him to tell him the news,  I asked him to come home. He said “no, it would be to expensive to change my ticket.” I had to go through this alone. Alone, no woman should have to do this alone, but I did.

Decisions had to be made, because of the blood thinners I could not deliver on my own. In a fog I decided on surgery, Sherri without hesitation stood by me and was with me the whole way. We didn’t talk much on the way to the hospital, we made small talk, it was hard we knew why we were headed there. I held back tears as best as I could, so much paper work needed to be filled out and The staff kept asking “do you know why you are here today?” Every time they asked me that I wanted to punch them and run away. Sherri held on to my rings and waited for me to come out of surgery. She did what no friend should ever have to do and for that I will never be able to repay her. Sherri is truly the best friend a girl could ever ask for.

April Fools’ is bitter sweet. I am reminded of seeing Lucia for the first time and being told I was pregnant. I can tell you this when I went home from the hospital I stopped off at Target and bought a boat load of pregnancy tests. I think I took 10 before it really sunk in that I was indeed pregnant. After Lucia died I was told “no more babies for you.” At first I struggled and then I came to terms with my fate, that adoption would be my best option.

That is until On May 10,2015, I was late. I gave myself a pep talk and bought a test. The stick quickly told me “pregnant.” I sat on my bathroom floor in disbelief. Me pregnant, no way! Almost 5 years to the day that I found out Lucia was gone. I thought this was  sure fire sign that this baby was meant to be. I was wrong again and on July 7, 2015 I once again became a mother to an Angel. Two sperm fertilized one egg, to many chromosomes they said. Baby E was never meant to be and I am comforted knowing that my babies are together in heaven, waiting for the mama.

Pregnancy tests are not a joke to me, they are a trigger. They remind me that I will likely never see a beautiful plus sign or double lines again. My chances of becoming a Mama are slim. My hormones are in check, I am healthy, yet my anatomy is broken. My uterus and cervix are not lined up, this is why in 2010 they ripped a whole in fore mentioned organs. The doctor says we need really determined sperm who can navigate my jumbled mess of a reproductive system or my best chance is to bypass the jumbled mess called a cervix via IUI. I am not ready for intervention, for now I will let fate play her cards and chart my course. I have to believe that motherhood is in my cards and that one day I will catch my rainbow.

So before you post that silly test think of me. I am not the only woman in your life who has lost a child. Many are to hurt or ashamed to talk about their loses, a loss is a loss no matter how far along you were. You will always be a mama to a baby in heaven.