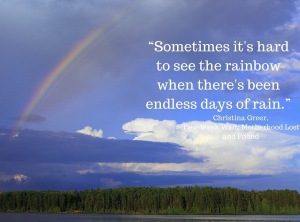 Two years ago today it was Mother’s Day and I found myself sitting on the bathroom floor starring at a plus sign in disbelief. For years I was told that getting pregnant would be a small feat and one I’d most likely never achieve. Yet there I was sitting on the brown tile floor starring down a test with a plus sign. In that moment the impossible became possible and I was going to be a mom again.

Having lost a child before I was skeptical, nervous, and scared that something would go wrong again. I was excited, but not to excited. I didn’t want to get attached to this little one until I saw the flicker on the 6 week ultrasound. A flicker is all I needed to see to reassure that this one was real and that I was going to be a mom again. I counted down the days until our perinatal appointment. Jay was excited and nervous, he had started to look at baby gear online and we had picked out names. We were going to have a baby.

All it took was one swoosh of an ultrasound wand to dash our hopes and dreams. An empty sac showed on the screen. I was 8 weeks and some odd days, we should have seen a yolk, a fetal pole, and that elusive flicker of a heart beat. Instead we saw a cold empty sac. We were quickly sent down the hall to meet with the doctor, she kept on saying “let’s give it another week.” I knew deep down that this baby wasn’t meant to be ours and I didn’t want to entertain another ultrasound.

My gut was right. A few weeks later we had another ultrasound and just like before the sac was empty. A surgical consult was scheduled and a plan was made to ensure that the horror show of the 2010 D&C did not occur again. A girl’s uterus and cervix can only be punctured so many times. The procedure was completed on 07/07/2015 and the pathology reports revealed that the little empty sac was more than a sac. I had a partial molar pregnancy, our baby had to many chromosomes, two sperm fertilized one egg, and Baby E, just wasn’t meant to be ours.

It’s been two years since I saw that plus sign, my rainbow it eludes me. I have tracked my cycles like a boss, peed on more sticks than I can count and have seen zero plus signs. In October I put my big girl pants on and sat down with a reproductive endocrinologist, secondary infertility is the label I received. She walked me through our options and explained which ones were safe for me. Its been a journey, we’ve had 3 failed medicated IUIs and now our only hope is mini-IVF.

There are days where I want to throw in the towel and call it. But this tiny voice reminds me “you are already a mother to angels, you can do this one more time.” Fertility treatments are exhausting, you have ultrasounds, meds to take, IUIs to schedule, injections and so on. It’s literally a second job. For now we are taking a break and on the 22nd we have a consult with a new clinic and I am praying that they will 1. Approve me for mini-IVF and that 2. This will be my time to catch that rainbow. I have faith that my turn is coming, it’s just taking awhile for that darn bottle to point to me. One day, we will get our take home baby.

In the mean time I rest easy knowing that my babies are together in heaven just like they would be on earth. Lucia went first and Baby E followed 5 years later. They will always be apart of me, they are the reason I walk this earth with a broken heart and they are my strength for a better day,  a day where I too will get a take home baby.